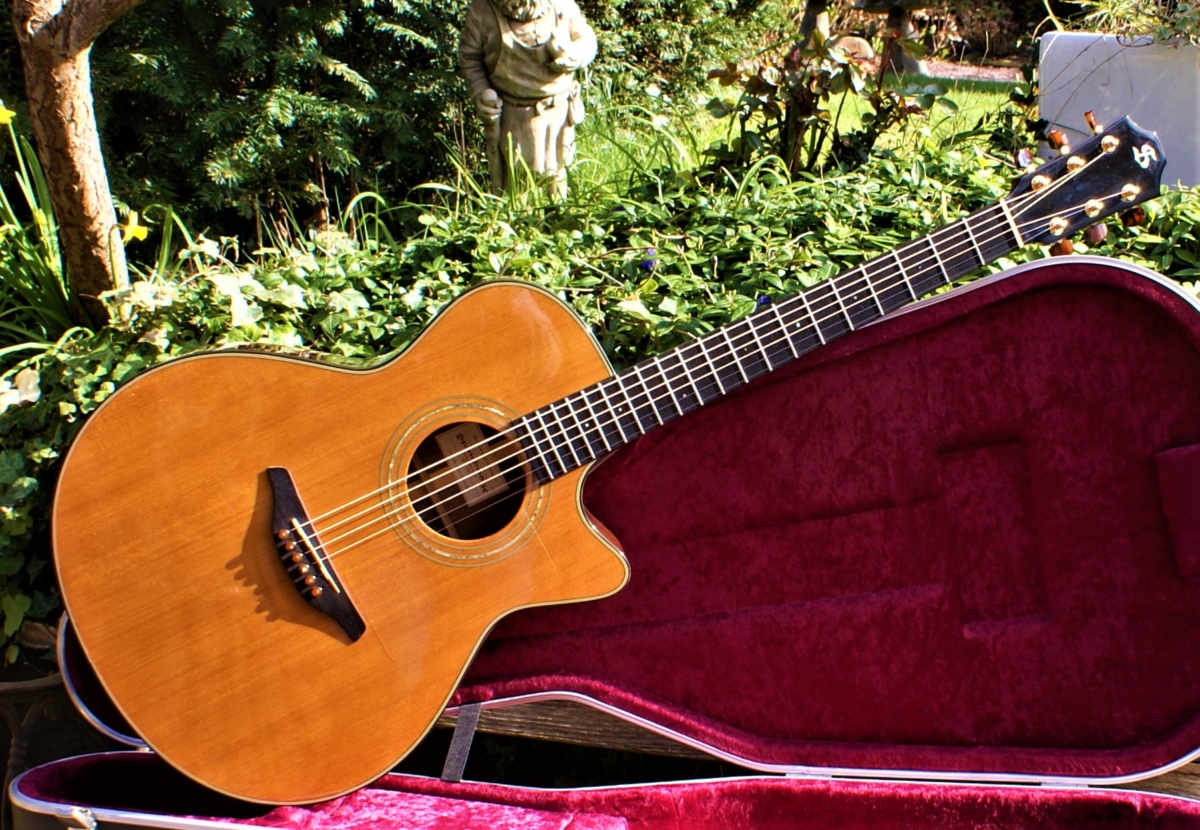 As a private music teacher I’m often given the task of finding bigger, better and higher quality instruments for students and as such it’s important I make the right choice. Given such a task by some parents recently and given a guide budget I had no hesitation in suggesting a guitar by the brand Furch. Wonderful hand made bespoke guitars from Czechoslovakia they are on a too order basis. Given the fact there is a waiting list and with the budget in mind I suggested we look at the second hand market. On searching the usual on line suspects I found three such guitars and the exact model required. One, a local dealer too me . One based in Manchester and Really Great Guitars based in Droitwich.  On calling my local dealer and requesting some additional information I was asked “ What do you want to know” . The second company in Manchester ( no phone number or email. Only Google chat) replied “. Yer, it’s really good”. Contacting Andy at Really Great Guitars I was without any prompting given the advise “ The neck is straight and true. The frets show no sigh of wear. Cosmetically both neck and body show no signs of wear”. Bearing in mind this was bank holiday Sunday I requested from Andy some additional pictures of the height of the strings at 12th fret, 7th fret and nut etc and with in an hour these were supplied. As a private music teacher my work hours don’t fit into the normal realm of 9 to 5 but Andy was very accommodating and a viewing was arranged the next day. On arrival I was first shown around Andy’s luthier workshop which in itself was highly impressive. Then onwards to view the guitar. Bit hard to focus as Andy’s showroom is filled with a wonderful array of bespoke vintage and rare electric, acoustic, bass, amps etc. But focus I did. The guitar was exactly as described and having been set up by Andy played like a dream. After some inspection, playing of I had no hesitation in purchasing the guitar. ( Considering the same version in Manchester was some £300 more expensive)A win win situation. On returning home I contacted Andy and informed him both parents, and student were extremely happy and that I may change the strings for a different brand, different gauge, to which Andy informed me if any adjustments were required with neck tension etc he was more then happy to oblige.

Great company’s like Amazon, Rolls Royce, Apple etc are only great not just for the product , but just as important is the great service both during and after sales and I have no hesitation in giving a 5 star experience.

Guitar exactly as described, good price and prompt delivery with no problems at all. All very professional; wouldn’t hesitate to buy from RGG again. Thanks for the lovely guitar Andy. END_OF_DOCUMENT_TOKEN_TO_BE_REPLACED

As a private music teacher I’m often given the task of finding bigger, better and higher quality instruments for students and as such it’s important I make the right choice. END_OF_DOCUMENT_TOKEN_TO_BE_REPLACED

Bought this great Taylor 914E guitar from Andy De Looze very pleased with the deal. Andy was friendly and professional. The guitar came with the case all very well packaged. END_OF_DOCUMENT_TOKEN_TO_BE_REPLACED

Guitar exactly as described and very fast delivery. Open to questions prior to purchase and very knowledgeable about the guitar and its history. The standard of packing was second to END_OF_DOCUMENT_TOKEN_TO_BE_REPLACED

I cannot speak highly enough of my experience of “Really Great Guitars”.  The name of the company totally sums up the quality of the instruments Andy stocks (perhaps ‘curates’ would be a END_OF_DOCUMENT_TOKEN_TO_BE_REPLACED

“I am delighted with my Strat. It was all as described and absolutely fabulous both in condition and to play” (1977 Fender USA Stratocaster Natural)

I am happy to say: “I am delighted with my Strat. It was all as described and absolutely fabulous both in condition and to play. Andy is a really nice END_OF_DOCUMENT_TOKEN_TO_BE_REPLACED

Everything is perfect. You did a fantastic job packing the bass. (1986 Jaydee Supernatural Custom Bass)

Hi Andy   Absolute top-notch seller. Andy is a very experienced seller and that shows in his professionalism in describing and packing the instrument, and in clear and helpful communication. END_OF_DOCUMENT_TOKEN_TO_BE_REPLACED

Hello Andy The guitar is great !!!!!!! Thank you very much. You are an amazing professional !!!!! and honest seller !!!!! The instrument is exactly as you wrote - it END_OF_DOCUMENT_TOKEN_TO_BE_REPLACED

“Set up is absolutely perfect, exactly how I’d want it, and the sound is just something else” (2021 Les Paul Standard 60s in Bourbon Burst)

Lots of high quality photos of guitar and detailed description on listing. I like the personal touches of buying an item from an independent guitar shop, seeing pictures of the END_OF_DOCUMENT_TOKEN_TO_BE_REPLACED

I purchased a Fiesta Red Custom Shop '61 earlier this year. I couldn't immediately find a link to leave a testimonial....and then forgot all about it. The guitar is all END_OF_DOCUMENT_TOKEN_TO_BE_REPLACED

Latest From The Blog

Read more from the blog ->